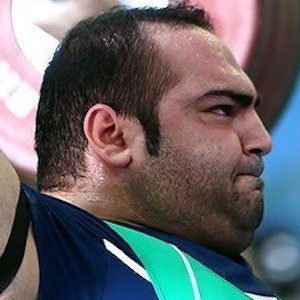 Gold medal winning weightlifter at the 2012 London Olympic Games who set the world record in snatch at 214 kg.

He studied physical education at Islamic Azad University of Ghaemshahr.

He has won several other gold medals at differing venues including world championships in 2010 and 2011.

He was born in Qaem Shahr, Iran.

He is an Olympic weightlifter just like Harald Tammer.

Behdad Salimi Is A Member Of