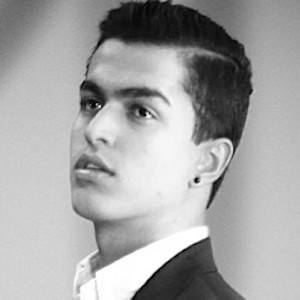 Iranian rapper known for his albums Khakestari and Bistose. His popular non-album singles include "Kargardan" and "Dadim Raft Toro."

His interest in rap started in high school and, in 2011, created a group called Paydar with fellow rapper Erfan.

He broke off from Paydar in 2011 and has since collaborated with other popular Iranian acts, including Zedbazi and Alireza JJ.

His real name is Behzad Davarpanah. He moved from Iran to Dubai, UAE in his teens.

He's listed Drake as one of his primary influences.

Behzad Leito Is A Member Of