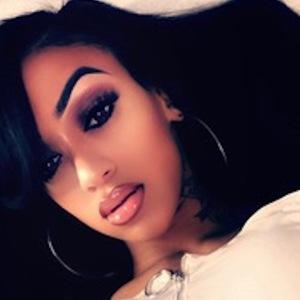 Beauty guru and founder of Sex Kitten cosmetics, who is also known for sharing her beauty content on her Being Christina channel.

She began her channel in January 2016. The first video she uploaded was in 2017 called "Pink Eye shadow I'm 24." Prior to that, she worked as an exotic dancer for four years.

Her channel has earned over 170,000 subscribers for her beauty, fashion and vlog content.

She got pregnant at 15 and had a son named Evrette. She has a sister she is very close with.

Laura Lee is also a popular vlogger on YouTube.

Christina Edwards Is A Member Of