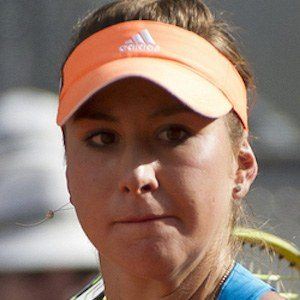 Swiss tennis player who broke into the Top 10 of the Women's Tennis Association in February of 2016, when she was only 18. She's trained with Martina Hingis' mother Melanie Molitor.

She started playing tennis when she was four-years-old and made her professional debut in 2012.

She won four WTA tournaments, two singles and two doubles, by the time she turned 19.

She defeated Serena Williams at the 2015 Rogers Cup.

Belinda Bencic Is A Member Of