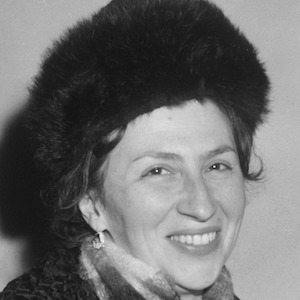 Masterful pianist who became one of the few women allowed into Russian cultural life by the Soviet Union.

She started her studies at the Moscow Conservatory when she was 18.

She began teaching at Juilliard in 1982 after immigrating to the United States in 1978.

She married violinist Julian Sitkovetsky, and together they had a son, Dmitry Sitkovetsky. Dmitri would become a conductor and violinist.

She tied for first prize at the 1949 International Frederic Chopin Piano Competition with Halina Czerny-Stefańska.

Bella Davidovich Is A Member Of