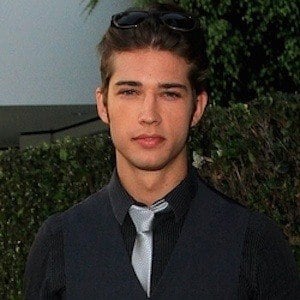 Model who has been represented internationally by agency such as New York Models, Wilhelmina LA and Premier London.

He was scouted by Abercrombie & Fitch to be a model before earning representation.

He would refer to styling blogs and Instagram for styling tips. He has more than 110,000 followers on Instagram.

He mainly works out of Los Angeles and New York. He has a younger brother.

He and Paige Reifler were both signed by New York Models.

Ben Bowers Is A Member Of