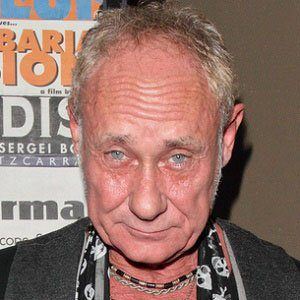 Born Simon James Honey, he is an English adult film star, director and producer who is perhaps most famous for his resemblance to ventriloquist Keith Harris. He starred in a Ben Dover series between 1995 and 2002.

He worked under the name Uncle Simon as a children's entertainer and drummed in a cabaret band.

He was inducted into the AVN Hall of Fame in 2011. In 2012, he was nominated by the Internet Service Providers Association as an Internet Villain.

He has a son named Tyger Drew-Honey. He was born to parents Frank Cyril Honey and his wife Sylvia.

He was included in Larry Flynt's Hustler's Top 50 Most Influential People in Adult Film list in 1999.

Ben Dover Is A Member Of