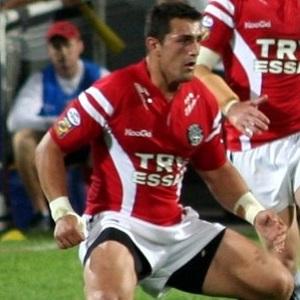 Versatile player who played for Wales at the 2013 World Cup.

He began his career in 2008 with Crusaders.

He made his first big international appearance at the 2010 European Cup.

He was born in Cardiff, Wales.

At the 2013 World Cup he was teammates with Jordan James.

Ben Flower Is A Member Of