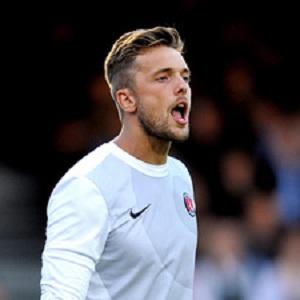 Famous as a goalkeeper for the Leicester City football club, this professional soccer player also played several seasons with the Charlton Athletic F.C. and was loaned to Crawley Town, Brentford, and Exeter City.

He played his youth career for the Reading Football Club.

He lost his starting job on Leicester when the team signed Mark Schwarzer in 2015.

A native of Chard, Somerset, England, he spent a portion of his childhood in Germany and grew up speaking both German and English.

He and Conrad Logan were both goalkeepers for Leicester City.

Ben Hamer Is A Member Of