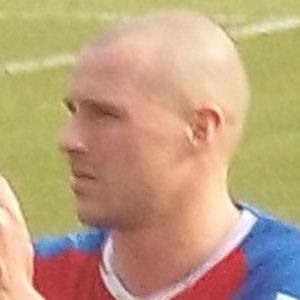 Defender who made his professional debut in 2003 with Watford and later played for Shrewsbury Town from 2005-2009.

He played youth soccer for Watford.

He was born in Welwyn Garden City, Hertfordshire, England.

Defender and midfielder Joe Oastler joined him on Aldershot Town in 2013.

Ben Herd Is A Member Of