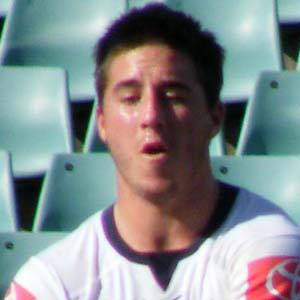 English journeyman striker who played for 7 different teams during his first 5 professional seasons.

He spent his youth career with West Ham United, consistently with their reserve side, but never on their first team.

He was a 72nd-minute substitute for Darryl Duffy during his debut senior soccer game with the Bristol Rovers on August 16, 2008.

He was born Benjamin Murray Hunt in Southwark, England.

He and Alvin Martin both began their careers in the West Ham United youth system.

Ben Hunt Is A Member Of