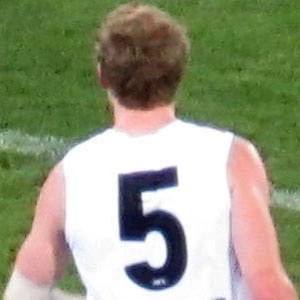 Australian rules footballer who was drafted by St. Kilda in the 2008 AFL Draft. He went on to win the AFL Premiership with Hawthorn in 2014.

He graduated from the Australian Institute of Sport.

He won the Best and Fairest award with the Murray Bushrangers in 2007.

He has a younger brother named Peter who is also an Australian rules footballer.

He won the 2007 AFL Premiership alongside Hawthorn teammate Luke Hodge.

Ben McEvoy Is A Member Of