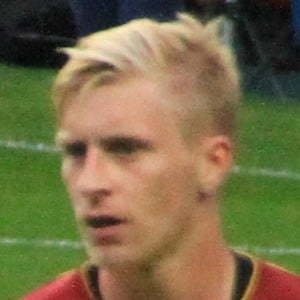 Long-time defender for the Premier League club Burnley who began his tenure with them in 2012. He began his pro career with Manchester City, but played only one League Cup match for them before being loaned out to Leicester City and Burnely.

He was a Football League Championship winner with Burnley in 2015-2016.

He was born in Sale, Greater Manchester, England.

He played for manager Sean Dyche as part of Burnley F.C.

Ben Mee Is A Member Of