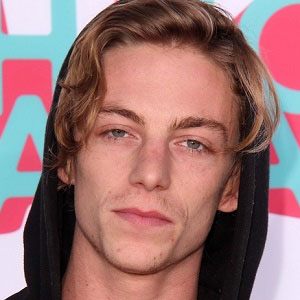 Skateboarder and model for NEXT Models. He has been sponsored by Flip Skateboards, Spitfire Wheels, MOB Grip, and Thunder Trucks.

He was born and raised in Bath, England but later moved to Los Angeles to pursue his skateboarding career.

He sat next to Nicholas Grimshaw and at a Burberry show in London in 2015.

Ben Nordberg Is A Member Of