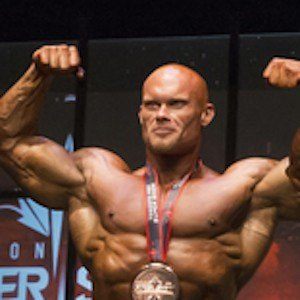 IFBB bodybuilder nicknamed "Pak-Man" who created the bestselling Mi40 brand of muscle building programs. He was crowned Mr. Canada in 2008 and has gone on to place first at bodybuilding events like the 2016 Vancouver Pro Show.

He started weightlifting at Macks Gym in Toronto, Canada at age 15. He received training from influential strength coaches Charles Poliquin and Charles Glass.

He became the first non-Mr. Olympia winner ever to appear on the cover of Muscle Insider magazine.

He married a woman named Amanda and has children.

He competed against the likes of Jason Poston at the 2015 Arnold Classic.

Ben Pakulski Is A Member Of