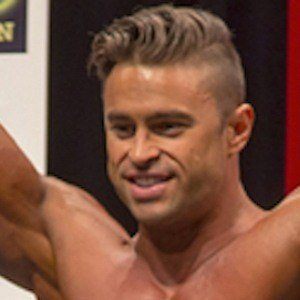 American IFBB professional physique competitor who finished third at the 2014 Mr. Olympia Physique Showdown and second at the 2015 Arnold Classic. He's also worked as a fitness model and personal trainer.

His first competition came in 2011 when he finished fifth at the 2011 NPC Oklahoma City Grand Prix.

He has type 1 diabetes and has used his experience with the condition to help train others who have it. He has more than 1 million followers on Instagram and has been sponsored by ProSupps.

He hails from Texas.

He won the NPC Ronnie Coleman Classic in 2012.

Jason Poston Is A Member Of