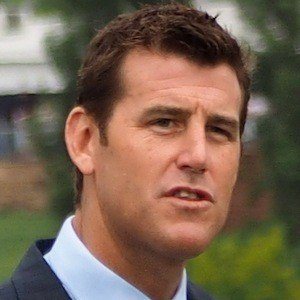 Australian soldier who received both the Medal for Gallantry and the Victoria Cross for defending his troops from enemy fire during a helicopter assault in Tizak.

In 1996, he joined the Australian Army and was posted to the 3rd Battalion, Royal Australian Regiment.

After being awarded the Victoria Cross, he became the most decorated officer in service with the Commonwealth Defense Forces.

He married Emma Roberts-Smith, with whom he had twin daughters named Eve and Elizabeth. His brother, Sam, had a career as an opera singer.

Ben Roberts-smith Is A Member Of