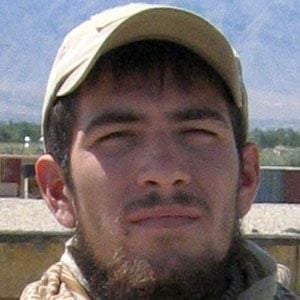 U.S. Navy SEAL who was killed in a gunfight with the Taliban while serving in Afghanistan. For his valor, he was posthumously awarded the Navy Cross in 2006.

He was born in Aurora and enlisted in the Navy in August 1999.

His hometown of Littleton, Colorado erected a statue in his honor on Independence Day 2007.

He was portrayed by Emile Hirsch in the 2013 film Lone Survivor.

Danny Dietz Is A Member Of