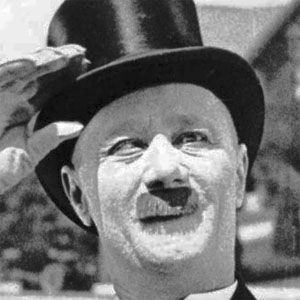 Silent film actor who had a signature cross-eyed look. He began his career in vaudeville, circuses, and burlesque.

He was the son of a candy store owner.

He bought a $25,000 insurance policy with Lloyd's of London in case his eyes ever uncrossed.

He married his second wife, Babette Dietz, in 1926.

He partnered briefly with the rising comic star Charlie Chaplin.

Ben Turpin Is A Member Of