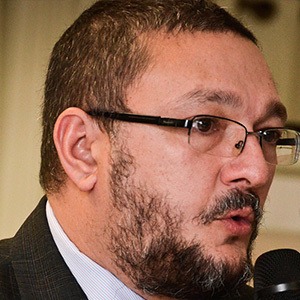 Brazilian activist and lawyer who is known for his roles in public safety and for being the President of the NGO Movimento Viva Brasil. He is also known for having been one of the leaders during the 2005 referendum.

He earned his bachelors degree in Legal Sciences and specialized in Public Security. In 2005, he was invited to join the Parliamentary Front for the the Right to Legitimate Defense. In 2012, he has been acting in defense of the Bill of the Chamber of Deputies.

He was awarded the Pedro Ernesto medal in November of 2015 by the Municipality of Rio de Janeiro.

He shared a photo with martial artist Royce Gracie to his Instagram in September of 2018.

Bene Barbosa Is A Member Of