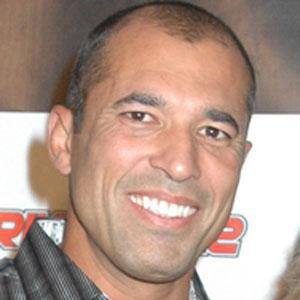 UFC Hall of Famer specializing in Brazilian Jiu-Jitsu, one of the most important figures in the development mixed martial arts fighting.

He received a black belt at age 18.

He won 3 of the first 4 UFC tournaments and became known for besting opponents that were much larger than himself.

He married Marianne Gracie in 1995 and he has four kids named Kharianna, Khonry, Khor and Kheydon. His father, Helio Gracie, was an originator of a new age in Brazilian Jiu-Jitsu. He was raised alongside five siblings, Relson, Rorion, Rickson, Rolls and Rolker.

He fought Ken Shamrock to a draw in UFC 5.

Royce Gracie Is A Member Of