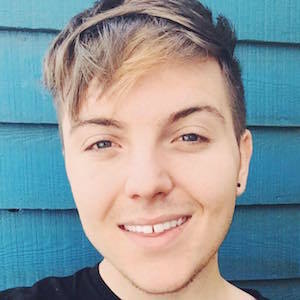 YouTuber known for uploading videos related to books. He also created Of Tomes, a publishing agency for young adult books. He has more than 45,000 subscribers.

He uploaded his first video at the end of 2012 and reached 20,000 subscribers within a year.

He and Sasha Alsberg have both gained followings for being BookTubers.

Benjamin Alderson Is A Member Of