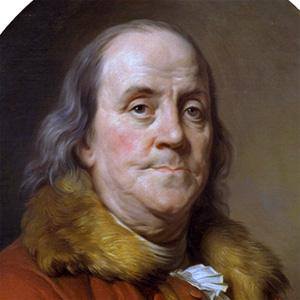 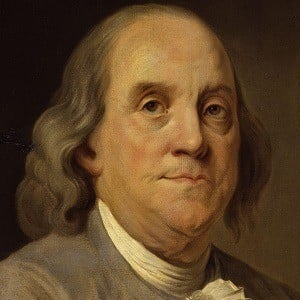 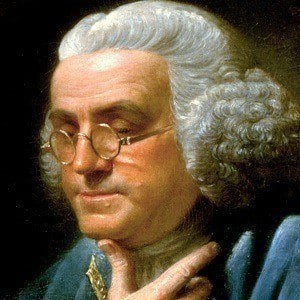 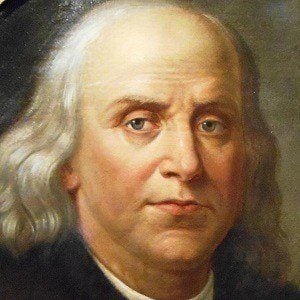 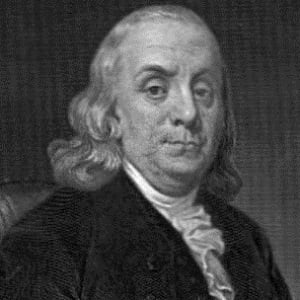 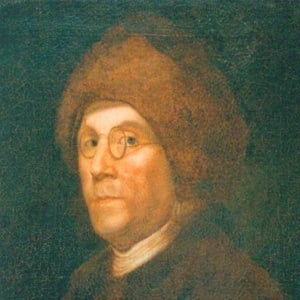 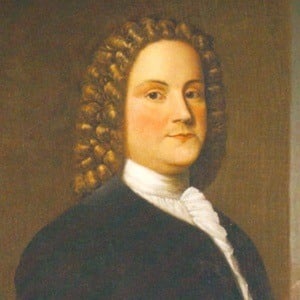 Founding Father of the United States who became known for his political works, his writings, and for his contribution to the understanding of electricity, highlighted by his (possibly apocryphal) flying of a kite in a lightning storm. He also invented bifocal glasses, the catheter, the lightning rod, and a musical instrument called a glass harmonica.

He wrote under the pseudonym Mrs. Silence Dogood, and published provocative letters; in 1731, he joined a Masonic Lodge.

He was the first United States Ambassador to France, where he advocated religious tolerance and paved the way for Louis XVI's signing of the Edict of Versailles, which gave Catholics civil status in France.

He established a common-law marriage to Deborah Reed in 1730 after her mother rejected him as a suitor; he had an illegitimate son named William Temple Franklin in 1762.

He attended the Constitutional Convention in 1787 alongside other powerful political figures of the time, including George Washington.

Benjamin Franklin Is A Member Of