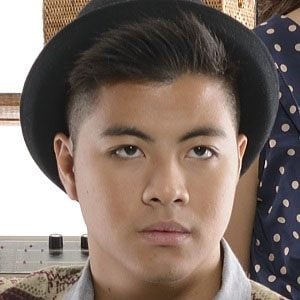 Singaporean musician, actor and writer represented by FLY Entertainment who founded the folk-pop quartet The Sam Willows. The group has performed at festivals including SXSW Festival in Texas, the Canadian Music Festival, MU:CON and Zandari Festa in Seoul, Digital & Music Matters in Singapore, and the Western Australian Music Festival in Perth.

He is a former national swimmer. He got his start in the arts and entertainment industry at the age of 17 as a radio producer/presenter on Lush 99.5FM, hosting two recurring programs called The Art of Lush and The Lush Lab.

As a stage and television actor, he performed in productions of EDGES The Musical, The Little Prince as the title character, and Toy Factory's Romeo & Juliet as Romeo. On screen, he was seen in Unnatural, Code of Law 2, and A Tale of Song and Danz.

He and his sister Narelle began performing on a variety show called DIY at the end of 2014.

He and Sandra Riley Tang have performed together in The Sam Willows.

Benjamin Kheng Is A Member Of