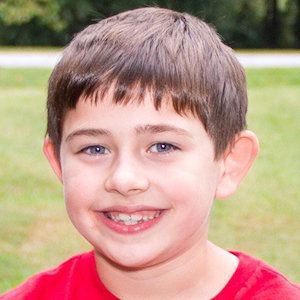 Youngest of three kids featured alongside his parents on the family vlog channel Our 3 B's. The channel features vlogs, challenges, tags, reviews, recipes and more.

After her parents created the family YouTube channel, they uploaded a first video called "Brooke and Blake's First Pool" in June of 2008.

He was featured on his family's channel as early as the age of 3 in a popular video called "Kids Say the Darnedest Things!"

He and his older siblings Brooke and Blake were born to parents Charlie and Rhonda.

He stars on the channel Our 3 B's alongside his oldest sibling Brooke.

Benjamin Waggoner Is A Member Of