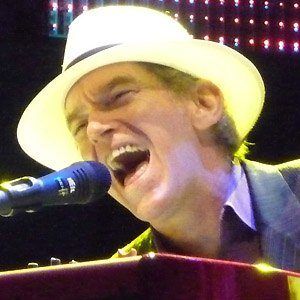 One of the founders of the Tom Petty and the Heartbreakers band, this keyboard player and multi-instrumentalist also worked as a session musician for artists such as Bob Dylan, Neil Diamond, and Bonnie Raitt.

He left Tulane University to play with Mudcrutch, a band that later became Tom Petty and the Heartbreakers. Previously, he had performed with Petty in a music group called Sundowners.

He released his debut solo album, You Should Be So Lucky, in early 2014.

He grew up in Gainesville, Florida, as the son of Mary Catherine McInnis Tench and circuit court judge Benjamin Montmorency Tench, Jr. During the 1990s, he was briefly married to a Canadian-born fashion model named Courtney Taylor.

He and Tom Petty co-wrote the Rosanne Cash country music hit "Never Be You."

Benmont Tench Is A Member Of