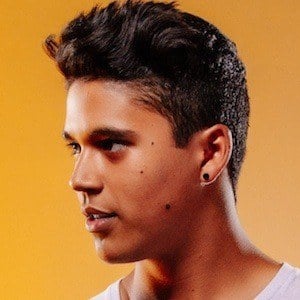 Mexican actor most well known for his role as Beto on the teen drama La CQ, he is also a popular social media presence on Twitter, Instagram, and YouTube. He was also popular on Vine.

He has been acting since he was about eleven years old.

He and his friend Harold Azuara run the YouTube channel Harold Benny, which has earned over 2.4 million subscribers. They had a split Vine account as well, which earned more than 380,000 by the time the app was shut down.

He was born in Mexico City, Mexico. He began a relationship with Regina Pavón in 2017.

He and Jocelin Zuckerman were both featured on the show La CQ.

Benny Emmanuel Is A Member Of