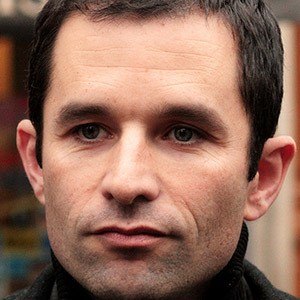 French politician who initially came to the public's attention as the leader of the Young Socialist Movement. He went on to become a Member of the European Parliament, Minister for the Social Economy and Minister of National Education.

He earned a degree in history from the University of Western Brittany in 1991.

He created the Génération.s political party which aims to "refound and gather the left."

His mother is a secretary and his father is an engineer. He has been in a civil union with Gabrielle Guallar. They have two daughters.

He served in a prominent cabinet position during the reign of Prime Minister Manuel Valls.

Benoît Hamon Is A Member Of