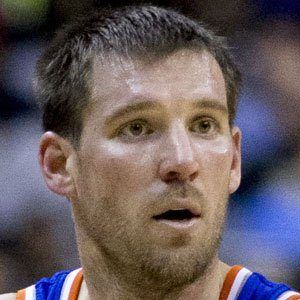 Yugoslavian guard who broke into the NBA in 2004 with the San Antonio Spurs.

He played in a number of summer camps with the Spurs before being drafted by the team 28th overall in 2004.

He became a member of the Slovenian National Team in 2000.

His father Silvio was a professional basketball player in Slovenia. He was married to Michelle Udrih from 2011 to 2014.

He played alongside legendary power forward Tim Duncan on the Spurs from 2004 to 2007.

Beno Udrih Is A Member Of