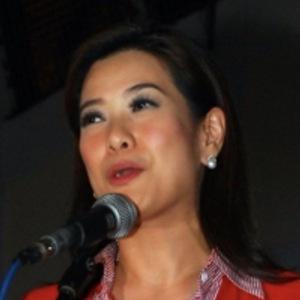 Though perhaps most famous for hosting the GMA network program Wish Ko Lang, this Filipina broadcast journalist and television personality also contributed to the ABS-CBN programs The Correspondents and Magandang Umaga Pilipinas.

After studying business at the University of the Philippines, Diliman, she began working as a newscaster for the Intercontinental Broadcasting Corporation.

She opened a specialty bookstore in Quezon City, Philippines.

Her husband, Emilio Aguinaldo IV, is a direct descendant of the Philippines' first president, Emilio Aguinaldo. Her cousin, Stanley Palisada, also had a successful career as a broadcast journalist.

Bernadette Sembrano Is A Member Of