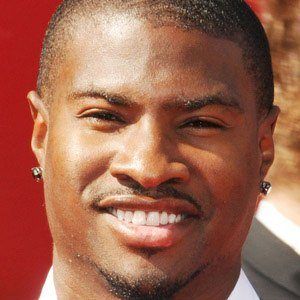 NFL wide receiver who was drafted in the third round of the 2004 NFL Draft by the Chicago Bears.

He played football for Atwater High School in Atwater, California, and attended Fresno State before entering the NFL Draft.

He helped tie the record for longest touchdown pass with a 99-yard reception while playing for the Minnesota Vikings against his former team, the Bears.

He was once engaged to Draya Michele.

He was on the receiving end of many passes from Brett Favre in 2009.

Bernard Berrian Is A Member Of