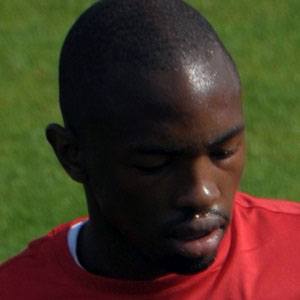 South African soccer player best known as a striker and midfielder for clubs like the Kaizer Chiefs. He also played for South Africa at tournaments like the 2010 FIFA World Cup.

He grew up in the township of Reiger Park and was an excellent swimmer and long-distance runner.

He won the Lesley Manyathela Golden Boot as the top scorer of the 2013-14 Premier Soccer League season while with the Kaizer Chiefs.

He married Wendy Cherry in June 2012.

He was teammates with Matthew Booth on the South African squad at the 2010 FIFA World Cup.

Bernard Parker Is A Member Of