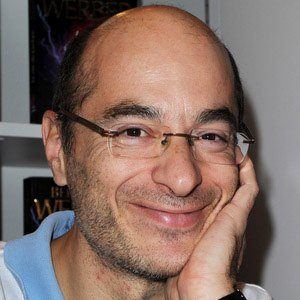 Successful French science fiction writer whose work is read around the globe. He is best known for his Les Fourmis book trilogy.

He worked as a journalist in the 1980s before committing to a full-time career in science fiction writing.

His first book, Empire of Ants, sold more than two million copies and was translated into thirty languages.

He was born in Toulouse, France. In his middle age, he married a much younger French wife.

Bernard Werber Is A Member Of