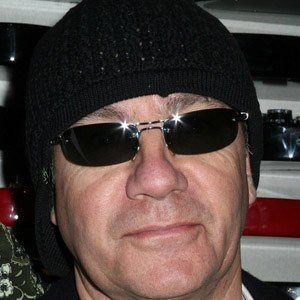 English songwriter, poet, and singer, known for collaborating with Elton John on more than thirty albums.

He began working with Elton John at the age of seventeen.

He has had a successful solo career and released the album Tribe in 1987.

He married his fourth wife, Heather Lynn Hodgins Kidd, in 2004; the couple had two daughters.

He co-wrote the song "Uncool" with Courtney Love.

Bernie Taupin Is A Member Of