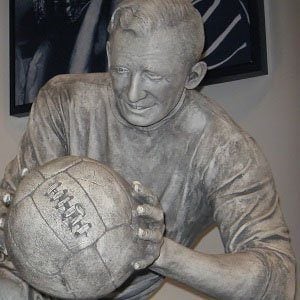 Honored with the 1956 Football Writers' Association Footballer of the Year award, he played through five dislocated vertebrae that year to help Manchester City win the 1956 Cup Final.

He fought during World War II as a paratrooper on both the Eastern and Western Fronts.

He became a member of the National Football Museum's Hall of Fame in 2005.

He had three children with his wife Margaret Fair who he later divorced.

He played for Manchester City just like Abdisalam Ibrahim.

Bert Trautmann Is A Member Of