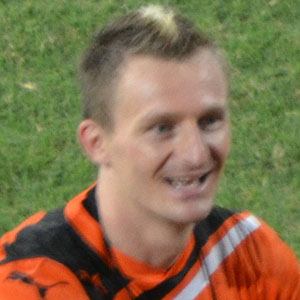 Albanian soccer player most famous for being a striker for teams like the Melbourne Victory and Brisbane Roar FC. He won the Gary Wilkins Medal as Brisbane's best player for the 2011-12 season.

He has a child named Amar.

He has been teammates with Archie Thompson as a member of the Melbourne Victory.

Besart Berisha Is A Member Of