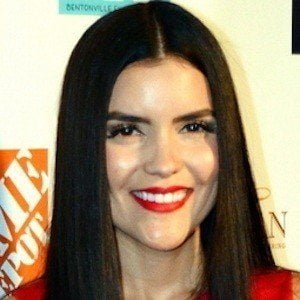 Actress known for playing Kat the dolphin trainer in Dolphin Tale and Dolphin Tale 2. She's also appeared in episodes of Ray Donovan and The Mindy Project.

She grew up singing and performing in church. She was named 2002's Miss Puerto Rico of Orlando.

She studied music at Rollins College and was in the short film parody Game of Scones.

She grew up in Puerto Rico before moving to Orlando, Florida when she was nine.

She appeared alongside Ashley Judd in Dolphin Tale.

Betsy Landin Is A Member Of