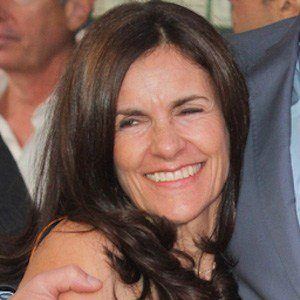 Writer, actress, and mother to James, Dave, and Tom Franco. She is best known for being on General Hospital in 2010, 2013, and 2014, where she played the on-screen mother of her real-life son, James, when he was on the show.

She studied fine art at Stanford and says that she learned so much about creativity there that she was able to transfer it from painting to writing without any difficulty.

She was married to Douglas Eugene Franco until his death in 2011. She is an avid cat-lover, a trait she has passed to all of her sons.

She gained television actress Alison Brie as part of her family, when her son Dave became engaged to her 2015.

Betsy Lou Franco Is A Member Of