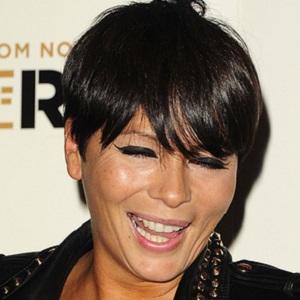 Singer best known for her feature in the 1989 single "Hey DJ - I Can't Dance (To That Music You're Playing)" by the Beatmasters. She went on to release award-winning albums like Boomania and pen songs for artists like Girl Thing.

She was born in Kensington, London and studied sound engineering at the Holloway School of Audio Engineering.

She was Simon Cowell's inspiration for his creation of the ultra-successful all-girl pop The Spice Girls.

She formed the duo WigWam with Bur bassist Alex James in 2006.

Betty Boo Is A Member Of