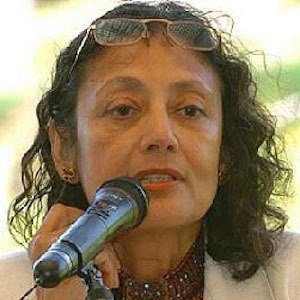 Indian-American writer and professor best known for her novel The Tiger's Daughter.

She considered herself an American writer, rather than an Indian expatriate.

She and her husband Clark Blaise co-wrote several books together.

She and Paul Lisicky both studied at the Iowa Writers' Workshop.

Bharati Mukherjee  Is A Member Of