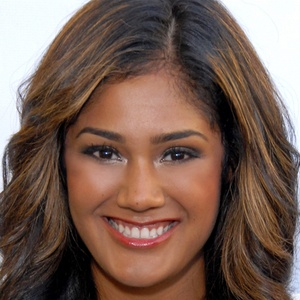 TV Host and newscaster on Canal i and Sun Channel, as well as an announcer on the radio show El Grupete de la Mañana, on Pop 105.9. She also runs a self-titled virtual store that sells clothes and swimwear for women. Her first collection was called 'For Love'.

She graduated from the Andrés Bello Catholic University with a degree in Social Communication.

She is an ambassador for the brands Evolution Advance and Chica Zulia.

Her parents are Arelis Domínguez and Rafael Rosales. Both are teachers.

Through her online store, she has interacted with fashion icons such as Edmary Fuentes Benavides and Daniel Fabregas, and posted the photos on her Instagram.

Bianca Rosales Is A Member Of