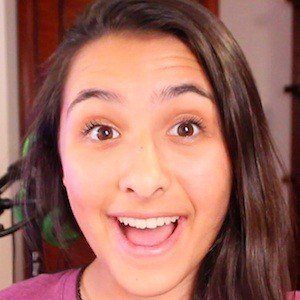 YouTube and social media sensation whose BIBI channel featuring vlogs and Minecraft content has earned over 9 million subscribers. She runs a secondary channel as well called BIBI Vlogs that has reached over 150,000 subscribers.

She created both her main and secondary YouTube channels on the same day in December of 2014.

She has strong followings on Twitter and Instagram as well with more than 850,000 and 4.7 million followers, respectively.

She was born in São Paulo, Brazil. She has a younger brother.

She has collaborated with Pedro Rezende, AKA rezendeevil.

Bibi Tatto Is A Member Of