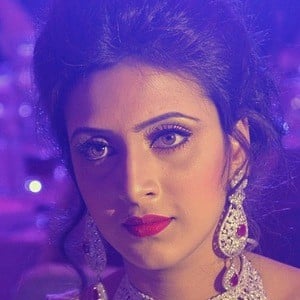 Bangladeshi actress and model best known for winning the Lux Channel I Superstar competition in 2007. She is known for modeling for several companies such as Lux, Grameenphone, and Walton. She is also known for starring in several films as well including the 2014 hit Glow of the Firefly and Amar Praner Priya.

She attended Southeast University in the Bengali Department where she studied literature. Upon winning the Lux Channel I Superstar competition, she began modeling for a range of different companies. Her acting career began in 2008 when she starred in the feature film Amar Ache Jol. She made her television debut in the series Bou Shashuri Not Out.

She has won several awards for her acting including Best Actress at the Bangladesh National Film Awards in 2014 for her role in Jonakir Aalo. She also won the Meril Prothom Alo Award for Best Actress in 2008 for the film Amar Ache Jol.

She was born and raised in Bagha, Bandladesh. Her father Birendra Nath Saha was a professor.

She starred alongside Arefin Shuvo in the 2014 Bangladesh thriller Taarkata.

Bidya Sinha Saha Mim Is A Member Of