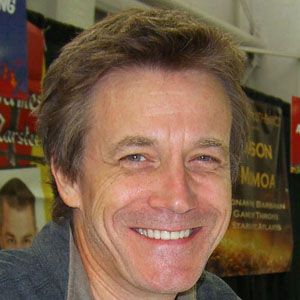 Known best for creating the popular, syndicated FoxTrot comic strip, he was the recipient of the 2007 National Cartoonists' Society's Reuben Award.

While growing up in Burlingame, California, he drew cartoons for his high school's newspaper. His first FoxTrot strip was published in April of 1988.

He became a champion player of the online World of Warcraft role-playing game.

Born in Massachusetts and raised in California, he later settled in Missouri with his wife and children.

He and Canadian cartoonist Lynn Johnston both penned popular comic strips (Johnston became known for her For Better or for Worse comic).

Bill Amend Is A Member Of