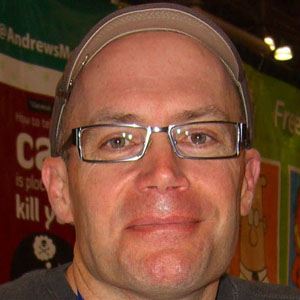 He created the Big Nate comic strip, which was syndicated to over 300 newspapers. He is also remembered for his animated shorts for Nickelodeon.

He began drawing cartoons for the campus paper while studying art at Colby College in Maine.

In addition to the Big Nate comic strip, he wrote and illustrated a series of Big Nate books and wrote several animated shorts for Nickelodeon.

He married Jessica Gandolf in 1989 and has two children.

Gary Larson is another popular cartoonist; he created the popular comic strip The Far Side.

Lincoln Peirce Is A Member Of