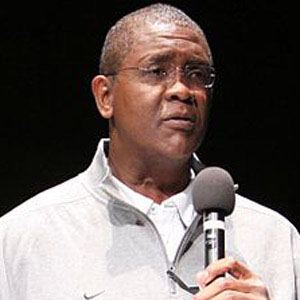 Center who played for the New York Knicks from 1979 to 1988, was selected to the 1980 NBA All-Star game, and won three NBA Championships with the Chicago Bulls in the 1990s.

He played college basketball at San Francisco, where he was named a second-team All-American twice.

He got hit in the throat during a game against the Indiana Pacers, damaging his larynx and leaving him with a permanently hoarse voice.

He raised four children with his wife Sheri.

He played in New York alongside the great Patrick Ewing.

Bill Cartwright Is A Member Of