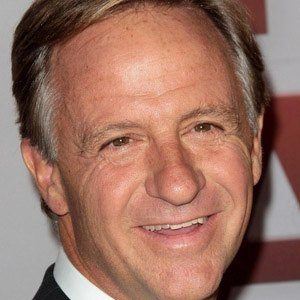 Republican politician wig became the 49th Governor of Tennessee in 2011 after serving as the mayor of Knoxville from 2003 to 2011. He also co-owns the minor league baseball team the Tennessee Smokies.

He worked for his father's company, Pilot, and eventually became president.

He served as CEO of the E-Commerce division of the department store chain Saks Fifth Avenue from 1999 to 2001.

He has three children with wife Crissy Garrett.

He endorsed Mitt Romney for the Republican presidential nomination.

Bill Haslam Is A Member Of