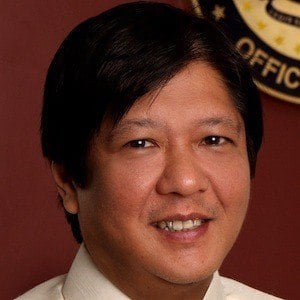 He went to high school in England before attending Oxford University. He was elected Vice Governor of Ilocos Norte in 1980, which marked the start of his political career.

As a child, he appeared in the film Iginuhit ng Tadhana, which showcased the life of his father, who was then a Philippine senator. In an interview, his wife stated that was inspired to run for president after watching the movie Ant-Man

He has three children, Joseph, Sandro and William, with his wife Louise Araneta.

Leni Robredo was elected as vice president in 2016.

Bongbong Marcos Is A Member Of