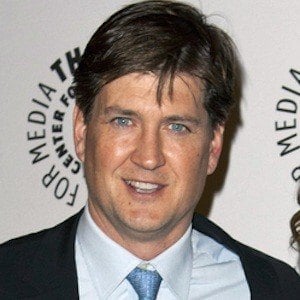 Comedy writer and television producer behind hits like Scrubs, Cougar Town, Spin City, and the NBC comedy Undateable. He has written for numerous comedic series like Friends, Boy Meets World, and The Nanny.

He graduated from the College of William & Mary with a degree in English and shortly after earned a spot as a staff writer on the ABC sitcom Billy.

He and four other Undateable cast members performed a standup tour to promote the show in 2014.

He married actress Christa Miller in 1999 and the pair had three children, Charlotte, William and Henry. He'd previously been married to actress Megyn Price.

Bill Lawrence Is A Member Of