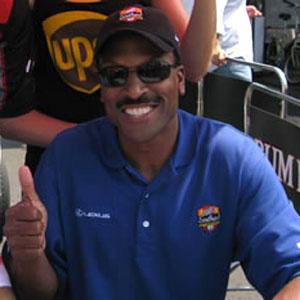 American race car driver who began his NASCAR career in 1999.

He worked at Hewlett-Packard directly out of college before choosing racing as his career.

He became the first African-American to compete in a Busch Series race in 1999, when he drove at Watkins Glen in the #8 Dura Lube Chevrolet Monte Carlo.

He had two sons, Alex and Austin Richard, with his wife Cheryl.

He finished second behind Brendan Gaughan for 2002 NASCAR Craftsman Truck Series Rookie of the Year honors.

Bill Lester Is A Member Of